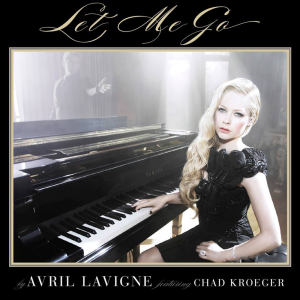 “Let Me Go” is a song recorded by Canadian singer-songwriter Avril Lavigne. The track written in collaboration with her husband Chad Kroeger and David Hodges is confirmed as the third single taken from her upcoming self-titled fifth studio album “Avril Lavigne” that’s scheduled for release on November 1, 2013 via Epic.

The song was exclusively premiered on Sean Valentine’s Morning radio show at 104.3MYfm on Monday October 7th. The track has the guest vocals of Kroeger and comes after finishing the promotion of the second single “Rock N Roll“. The track was released on iTunes on October 15th alongside the excluive premiere of the music video directed by Christopher Sims on ABC News and VEVO.