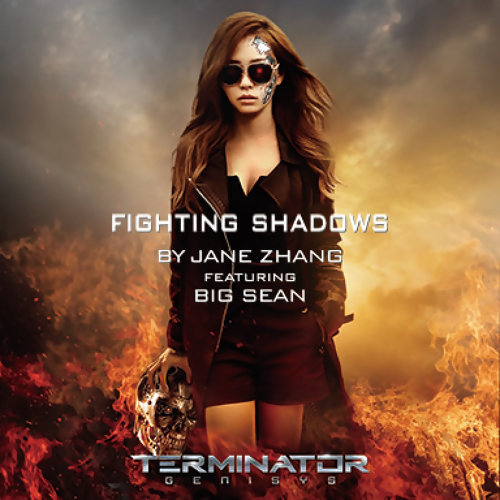 The song is confirmed as the main theme for the upcoming sci-fi action film Terminator Genisys starring Arnold Schwarzenegger. The film premiered on July 1st.

“Fighting Shadows” was released on digital retailers on iTunes on June 30th. About the single he said:

I have been a huge fan of Arnold and the Terminator movies since I was a kid, so it’s especially exciting to be a part of the new film. Working with Jane has been an amazing experience and I can’t wait for audiences around the world to hear her song

The song was written by Big Sean, Eric Dawkins and Jane Zhang. The official music video was premiered on July 10th.