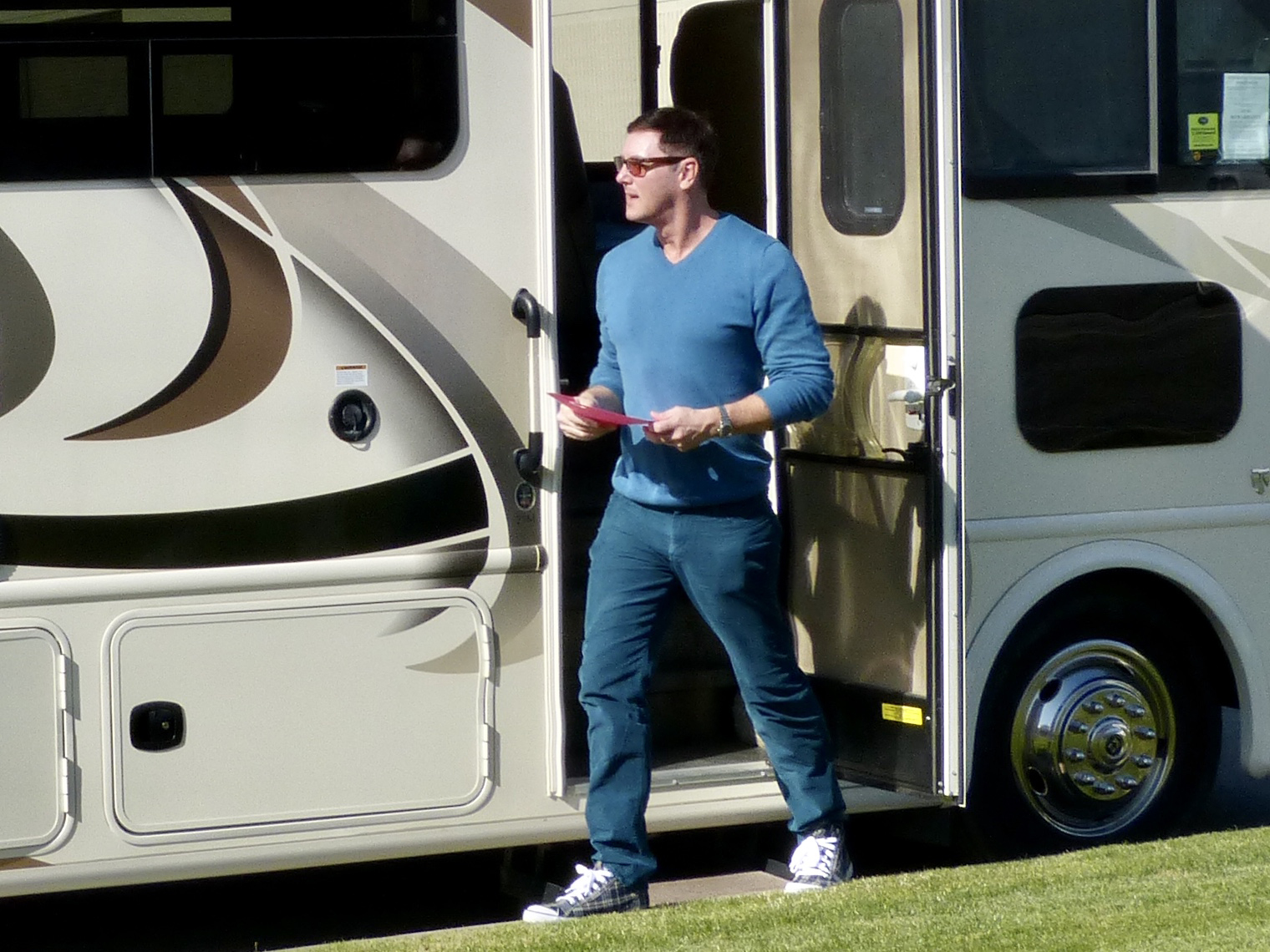 Ever wondered how celebrities RV? It’s not just the flashy cars they drive, some stars have ridiculous RVs, trailers, and tour buses for life on the movie set, or cruising across the U.S.

The motorhome lifestyle isn’t just for nomads and travelers. In fact, famous celebrities such as Vin Diesel, Mariah Carey, and Simon Cowell have been living the RV life for years, driving up and down the country in their custom homes on wheels. 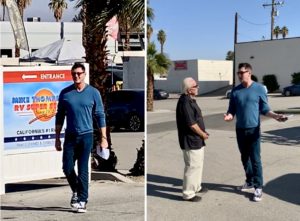 Some own classic RVs and trailers, while others like Will Smith have spent millions of dollars customizing their own luxury motorhomes to perfection. Now it appears we can add British entertainment personality Sean Borg to the list after he was spotted by the paps in Cathedral City in California over the past week, checking out a bunch of cool coaches.

Used rigs can cost anywhere from $65,000 and can go way up — ranging from $100,000 to $2.5 million-plus for some luxury custom builds. Celebrities with that kind of cash definitely know how to travel in style! 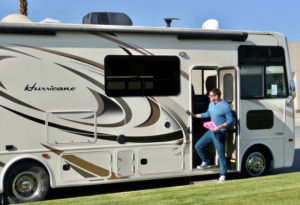 The ‘Thor Hurricane’ RV looks huge in comparison to Sean Borg’s 6ft 2 inch frame, as he checks out the fancy rig.

Australian magazine website ‘Best in Au’ reported a week ago that Borg was eyeing up a Fleetwood Southwind 34c ‘A-Class’ motor home that appears to be on sale, down from $200k to a cool $142k (USD), and Winnebago Itasca ‘A-Class,’ coming in at a mere $90k. This week his RV hunt continued after he was spotted test-driving a Thor Hurricane ‘A-Class’ at Mike Thompson RV in Cathedral City in California.

Even though Borg stands at 6ft 2 inches, the RV’s he was looked at seemed huge in comparison as he walked around the luxury rig. 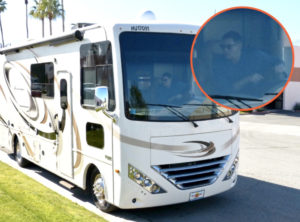 Well-placed sources recently revealed the ‘travel and lifestyle’ expert is in talks with the ‘Netflix’ channel to co-host a new travel show. Could life on the road in an RV have something to do with it?

It’s unclear if Sean has purchased any of these homes on wheels yet, but after being seen at several high-end dealerships over the past week, he must be planning to do so very soon. We’ll keep you posted!