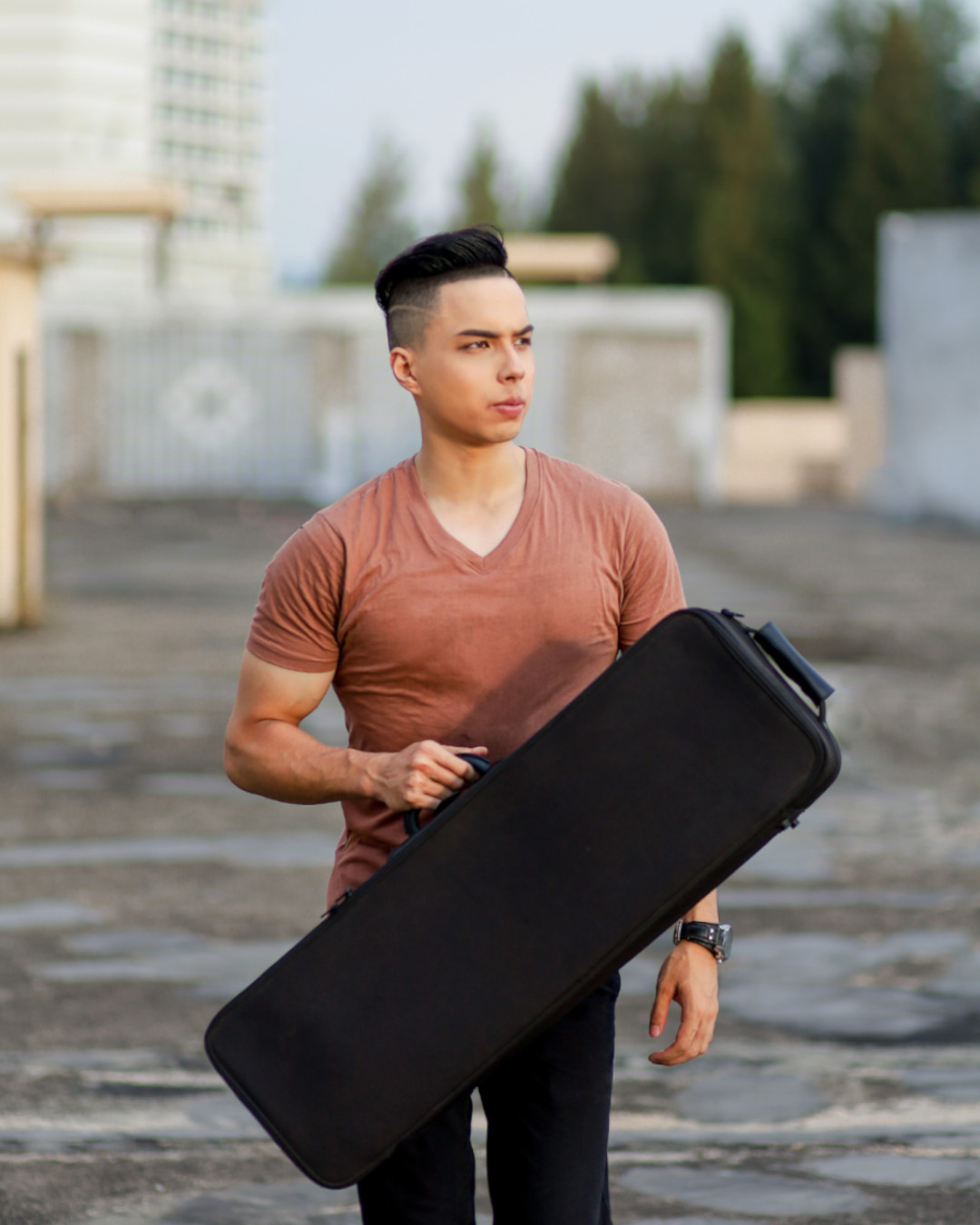 Unless you’re familiar with his playing style, it’s unlikely you will have heard anything quite like this. Remember the furore when Lil Nas X dropped Old Town Road? This is a similar shakeup of musical norms.

The EP was recorded entirely on acoustic violin, with all the effects added via plugins. The music starts with Getaran Jiwa, a Club Hot de France style gypsy violin piece with seductive brushed snare drums and complementary piano. It’s a cover of an original by P Ramlee from the 1960s but may not be familiar to many listeners.

Good Ol’ Bounce is today’s version of the work Nigel Kennedy did with his rendition of Vivaldi’s The Four Seasons. This is a classical music instrument placed firmly in current pop territory. The melodic violin takes centre stage, underpinned by a snappy R&B bassline. You could easily imagine someone rapping a love letter to their partner over this happy skipping beat. It wouldn’t be out of place in the charts if some enterprising rhymer was to put some vocals with it.

Bowin’ Bars is another upbeat tune, with an insistent backbeat and some amazingly high notes from the violin. It skips along merrily with the violin taking the guitar part more usually heard in Spanish-influenced tunes.

Songbird has a laid back groove where the violin plays the saxophone part made famous by Kenny G in the original version. It creates a smooth and seductive late night smooth jazz sound. This version would certainly not be out of place as background music in an upmarket bar or restaurant either, just as the original has become.

Lil Latina, the final track, sashays saucily along, encouraging listeners to tap their feet or sway in time to the beat. The violin is almost singing, calling to mind the vocals of Rihanna or Beyoncé.

Looi has been playing violin since the age of five, and this virtuosity shows in his smooth playing style. He attended music school in Australia where his music degree came with a major in audio engineering.

Still only in his early 20s, Martin Looi has already played alongside many Malaysian pop singers including Hazama Azmi, Atilia Haron, Syafinaz Selamat and Salamiah Hassan, as well as dueting on electric violin with Aubrey Suwito on piano.

Martin Looi looks set to bring a breath of fresh air to jazz and contemporary music in the same way that the likes of Gangnam Style, Despacito and Old Town Road did to the charts. It would not be a surprise to hear him playing on a smash hit in the future.