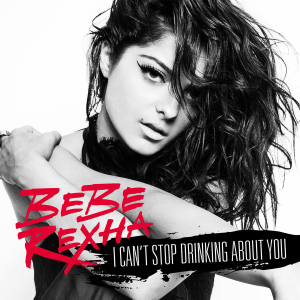 Bleta Rexha, known as Bebe Rexha, is an Albanian/American singer-songwriter, known for being the lead vocalist of the American band Black Cards created by Pete Wentz, and for writing the number-one Billboard Hot 100 hit ‘The Monster‘ performed by Eminem with the collaboration of Rihanna.

After the success o ‘The Monster‘ and her original demo version ‘Monster Under My Bed‘, the singer is currently working on her highly-awaited debut studio album, so far she has already entered the studio with producers such as David Guetta, and Frequency, among others.

The first official single from this new solo career is called ‘Can’t Stop Drinking About You‘. The song was exclusively premiered on NYLON magazine on March 21, 2014 and it’s scheduled to be released on digital retailers next week. Recently she has also collaborated on the song ‘Take Me Home‘, original by American group Cash Cash.

Rexha filmed the music video in late-June and it was directed by Mike Mihail. It was premiered in full on August 12th.

“I Can’t Stop Drinking About You” was released on iTunes on Tuesday April 29th via Warner Bros Records. The official acoustic version of the single was exclusively premiered on Just Jared on Monday November 24th.