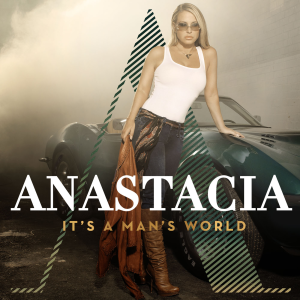 “It’s a Man’s World” is the fifth studio album by the American singer-songwriter Anastacia and is set to be released on November 9th, 2012 in Austria, Germany and Switzerland. Worldwide release dates are still to be confirmed. The album will be entirely produced by Glen Ballard. It will be Anastacia’s first studio album since 2008’s “Heavy Rotation“. It is set to consist of covers of songs by male rock artists. The album’s lead single is set to be a cover version of “Best of You” original by Foo Fighters. The single was released on iTunes on October 16.