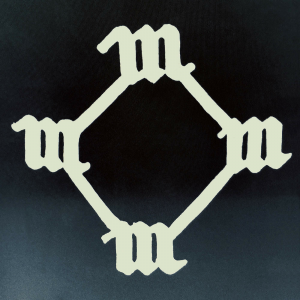 “SWISH” (previously known as “So Help Me God“) is the upcoming seventh studio album by American record producer, songwriter and rapper Kanye West. The exact release date is currently unknown, however Kanye West was reportedly smitten with Beyoncé’s sneak attack, so expect this one to drop with little-to-no notice sometime this year via Getting Out of Our Dreams, Roc-A-Fella, and Def Jam.

The album’s first promotional single was confirmed as the track “All Day” back in September 2014, but it was finally scrapped although multiple leaks arrived online.

It’s arguably Kanye’s most mysterious and highly anticipated album — and the less West says about it, the more curiosity grows. According Billboard, the rapper has been working in the studio with big names like, Paul McCartney, Rihanna, Rick Rubin and Q-Tip to Yeezus collaborator Evian Christ, Young Thug and Young Chop.

The first official single taken from the album is the song “Only One“, released by surprise on iTunes on New Year’s Eve.

During an interview with Ryan Seacrest after The GRAMMYs, West threw out a bomb. He had been working with Taylor Swift in the studio. He said: “Taylor Swift comes up to me right afterwards and tells me that I should have went on stage”.

West premiered brand new track “Wolves” with the guest vocals of Vic Mensa and Sia during his Adidas “Yeezy Boost” Fashion Show on 12 February 2015. The song is confirmed the opening track of the album.

The next official single, “Wolves” is due to be released onto digital retailers on 10 March 2015. Finally, Kanye’s team confirmed that the studio has been delayed, and so far no release date is known.