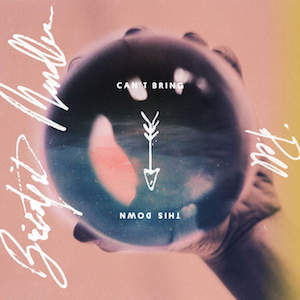 After her recent collaboration with Devontée on “Temperamental Love”, American singer-songwriter Bridgit Mendler has returned with another exciting collaboration.

This time, the 24-year-old recording artist has joined forces with Los Angeles-based hip-hop artist and producer Pell on her next official single called “Can’t Bring This Down“.

The track is a resonant piece of atmospheric pop infused with a seductive R&B flavor. It was released on digital retailers and streaming services on March 17th via Black Box.

A track that recalls amazingly as a Tinashe’s potential anthem. The official music video was premiered through Vevo on Friday, May 12th.