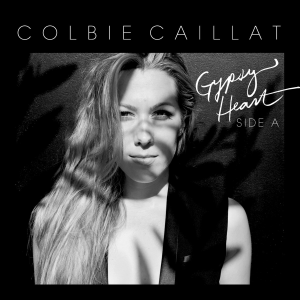 Seven months after the release of her single ‘Hold On‘, American singer-songwriter Colbie Caillat restarted promoting her expected fourth studio album, “Gypsy Heart“, scheduled to be released later this year via Republic Records.

‘Hold On‘ was generally well received by critics, who complimented the new musical direction, but unfortunately did not get much sales success. Now, the singer is about to return to the music scene with her second official single titled ‘Try‘.

The song is included on her EP “Gypsy Heart (Side A)“, prelude of the album “Gypsy Heart“, and released on digital retailers on June 9th. Caillat recorded the video in late May, and it was directed by Roman White, who has directed most of Carrie Underwood’s music videos.

Caillat premiered the lyric video of the EP’s opening track “Live It Up” on her Youtube channel on July 2nd. The official music video for the EP’s lead single “Try” was premiered on Vevo on Tuesday July 8th. It was directed by Roman White.

The singer peformed the single live during Billboard’s Women In Music gala on Friday December 12th.