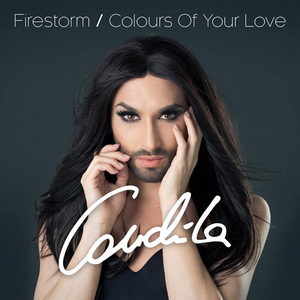 Following the promotion of her latest single “You Are Unstoppable“, the Austrian pop star has ready the next ones. Yes, you’ve read correctly. Conchita plans to release a double A-side as fourth official single from the album.

The release includes the fan favorite and dance anthem “Firestorm“, performed during this year’s Eurovision show and the piano ballad “Colours of Your Love“. This new single will be released on iTunes on July 7th.