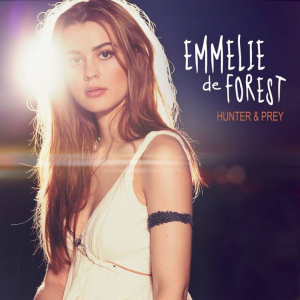 “Hunter & Prey” is a song recorded by Danish singer-songwriter and Eurovision 2013 winner Emmelie de Forest. The track written by herself with the collaboration of Lise Cabble and Jacob Glæsner is confirmed as the second single and the follow up to her winning entry “Only Teardrops“.

Both tracks are included on de Forest’s debut album “Only Teardrops” that was released on digital retailers on May 6 via Universal Music. The single was released on iTunes on July 12. The music video was premiered on VEVO on September 16th.