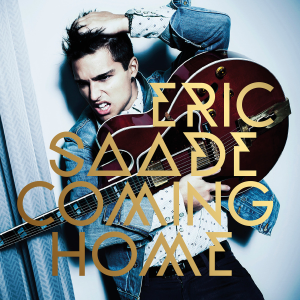 “Coming Home” is a song recorded by Swedish singer-songwriter and dancer Eric Saade. The track was written by himself, along with Julimar Santos (J-Son) and Mats Lie Skaare. It was produced by Jason Gill and it’s confirmed as the lead single from his upcoming fourth studio album “Forgive Me” that’s scheduled for release this year via Roxy Recordings. The single was released on iTunes on April 24th. This is his return to the music scene after completing promoting his latest album “Saade Vol 2“, released in 2011.

The song is a beautiful pop tune, with a base that can remember the classic Stargate production and lyrics that seem written by Ne-Yo. Easy to listen and fresh for this summer is about to arrive. That if, with this new single Saade shows a small trend towards much more mature sound, without losing the teen pop sound we like.