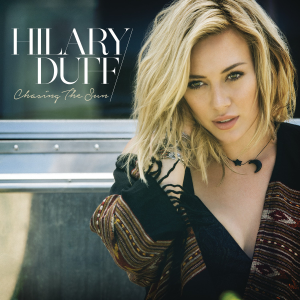 The world needs to be prepared. Among the most anticipated comebacks of the international pop scene, there is one that look particularly exciting. One of the most beautiful singers on the planet, the artist of our childhood, the 00s ‘Hannah Montana‘, the one and only Lizzie McGuire is about to slay all your faves.

Yes! American singer and actress Hilary Duff has confirmed that her highly-awaited come back album is expected to be released in Fall 2014 via RCA Records.

During iHeart Radio Music Awards red carpet, the singer confirmed that the new album is planned to be released this fall. She said:

I hope to have an album out by the fall. I’m so excited to be here tonight and I can’t wait to meet Lorde because I’m a huge fan of her music!

The singer also confirmed she’s cutting an Ed Sheeran song. About her comeback to the music scene she said:

It feels good to be in the studio. It feels good to be talking about my last few years, the high points and the low points. I really just want to be honest and be an open book for my fans to know where I’ve been and what I’ve been doing, how I feel and all that good stuff. So, I should have a single soon, and an album by the fall.

During an interview for ‘SickKids charity’ in Toronto, the former Disney artist explained that she’s ready to return to music after a break of almost 7 years. During this hiatus, the ‘Come Clean’ singer married the former NHL player Mike Comrie (2010) and they have a son, named Luca Cruz, born in 2012. Hilary has also confirmed that the sound of her new album will be a mix of alternative music, indie, and dance music. Stay tunned, ‘Dignity 2.0‘ is approaching.

Duff revealed she worked in the studio with Toby Gad and Lauren Christy, writer of her debut single ‘So Yesterday‘ (2013) She was a part of the Matrix who also wrote “Where Did I Go Right?” and “The Math” from Hilary’s multi-platinum debut album, ‘Metamorphosis‘.

The highly-awaited new single called “Chasing the Sun” will be released on iTunes on July 29th alongside the premiere of the music video. It was co-written by Colbie Caillat, Jason Reeves and Toby Gad. About the song Duff said:

Duff played exclusively the Dave Audé remix of her new single on a special event at Marquee New York on Thursday July 24th hosted by American blogger and TV personality Perez Hilton. Is confirmed that this remix will not be on the album but maybe will be released in a remix bundle EP alongside single.

The song is a lovely summer good-feeling tune highly-inspired by the Californian pop. It reminds me to Sheryl Crow smash singles “All I Wanna Do” (1994) or even more “Soak Up the Sun” (2002).

The music video was premiered on VEVO later the same day of its release on iTunes.