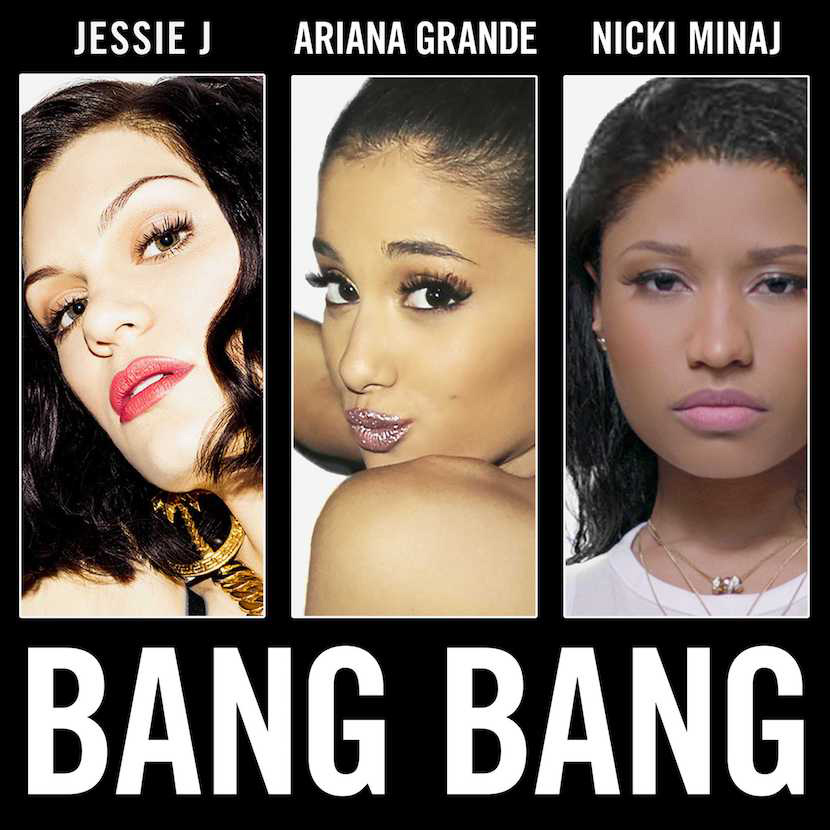 Yeah, we’re not crazy. You read the title correctly. British singer-songwriter Jessie J is about to start promoting her anticipated third studio album, which will hit stores this fall via Island and Lava Records.

After the not so successful second album “Alive“, published in 2013, the singer rises from the ashes in very good company. Jessie confirmed that her new single is called “Bang Bang” and it has the guest collaboration of American singer and actress Ariana Grande and American female rapper Nicki Minaj. Yeah! We can die peacefully.

“Bang Bang” was produced by Max Martin, Savan Kotecha and Ilya. It will premiere on July 29th, unfortunately the song was leaked online one day before. It will also be included on the deluxe edition of Grande’s sophomore album, “My Everything“.

The music video was filmed on July 15 and it was directed by Hannah Lux Davis. “Bang Bang” will be released on iTunes (UK) on September 28th.

Jessie J, Ariana Grande and Nicki Minaj will perform together for the first the new single on the 2014 MTV Video Music Awards gala on August 24th.