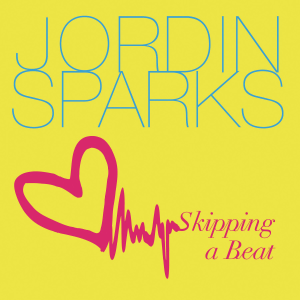 “Before It Breaks” is a song recorded by American singer-songwriter and actress Jordin Sparks. The track written by Courtney Harrell, Al Sherrod Lambert and David Samuels Harmony is confirmed as the lead single taken from her upcoming third studio album, still untitled, that’s scheduled for release later this year or early next via 19 Recordings / RCA Records. The song has the collaboration of her boyfriend the American singer-songwriter and dancer Jason Derülo and it’s scheduled for release in August 1st.

They already worked together on a remix version of Derülo’s single “It Girl“, released in 2011. Recently she has collaborated on the song “Is This Love“, single from the latest album of Italian DJ and producer Alex Gaudino. This new track comes after finishing the promotion of her latest studio album “Battlefield“, published in 2009.

The singer also confirmed the release of a second track entitled “Magic” the same day. She described “Before It Takes” as fire and “Magic” as crazy. On August 1, the singer released a brand new track entitled “Skipping a Beat“, first taste of this new era, but just only a buzz track. The single written by Cainon Lamb, Rebecca Johnson and Taurian Osbourne was released on iTunes on 12 August.

* Jordin has blamed her record label for the delay in the launch of her new singles “Before It Breaks” and “Magic“.