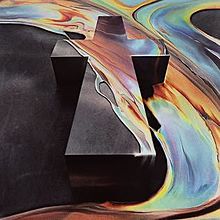 It comes preceded by the first single “Safe and Sound“, which was premiered during Annie Mac’s Hottest Records at BBC Radio 1 on July 13th.

The second official single “Randy” was premiered also exclusively on Annie Mac’s on Wednesday September 14th, and released on digital retailers and streaming services the next day. “Alakazam!” was premiered on October 19th, and its promotional video was unveiled on October 21st.