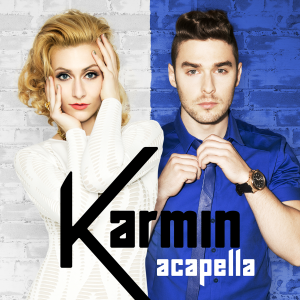 The American pop duo Karmin, formed by Amy Heidemann and Nick Louis Noonan, is ready to impact the music world with new music. After greeting the world with their debut album “Hello“, published last year. Amy and Nick have been working with some of the producers who collaborated on their first release, among them Claude Kelly, Stargate or Cirkut. Finally have confirmed their return to the music scene and mainstream radio with the release of her new single, “Acapella” that’s scheduled for release on iTunes on June 25. The single was premiered on U.S. radio on Monday June 10.