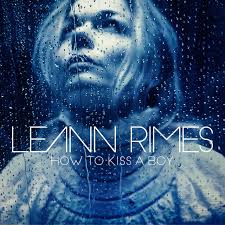 American country pop music singer-songwriter LeAnn Rimes goes ahead with the promotion of her twelfth studio album “Remnants“, which was released on October 28th via RCA Records.

The next and second official single from the project is the song “How to Kiss a Boy“, which was written by Lori McKenna and Barry Dean.

It was released as instant grat along the pre-order of the album on Apple Music on September 9th. The official music video directed by Laurence Warder was premiered through Vevo on October 5th.