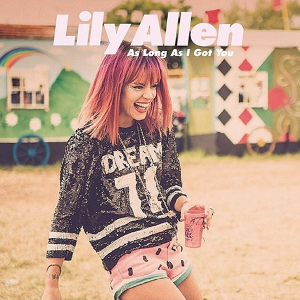 Lily Allen is unstoppable. The singer does not rest, and continues squeezing the most promoting her latest studio album “Sheezus“, released on digital retailers on May 2, 2014 via Regal and Parlophone Records.

Following the confirmation of “URL Badman” as the next official single from the album, and give us a new non-official World Cup song “Bass Like Home“, Allen confirmed during an interview with BBC at Glastonbury that she recorded the music video for another track of the album and a future single.

The fifth official single from the album is “As Long As I Got You“. It was written by Allen with the collaboration of Greg Kurstin and Karen Poole.

The music video filmed during Glastonbury and directed by Chris Sweeney was premiered on VEVO on Thursday July 24th.