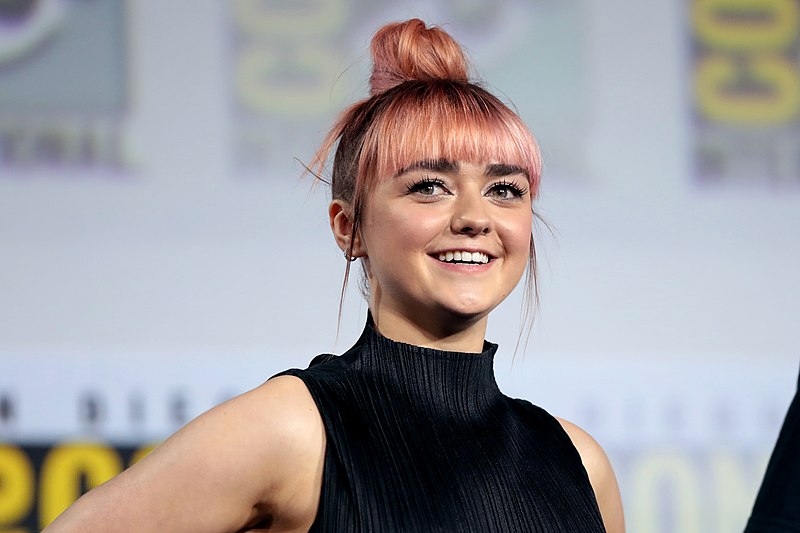 She and Game of Thrones co-star Jason Momoa (who recently completed his tour as Aquaman) both looked great in their outfits at the reopening event for a Louis Vuitton store in London. They both starred in the world-famous fantasy drama, which ended in April after an awkwardly received final season.

22-year-old Maisie, who played Ayra Stark on the show, wore a silver sequin dress with a leather corset belt studded with elaborate golden triangle studs. The amazing dress featured a structured white collar and shiny sleeves that all flows into an A-line, ruffled skirt. The outfit definitely showed off her stunning toned legs, which was aided by the sexy leather biker boots. Her hair was done in a side-part that looked effortlessly sleek and enhanced her incredible facial features.

Jason meanwhile looked incredibly stylish in his long tan overcoat which he paired with black jeans and shirt. He manages to always look effortlessly cool and laidback no matter where he goes or what he puts on! He wore his signature hairstyle in a loose fashion and had some light touches of gold to accessorise with.

Maisie was a no-name until she got her big break in Game of Thrones and pretty much owes all her fame to her role as Ayra Stark. Now like the rest of the cast, she’s taking on a myriad of different roles, so she isn’t forever cursed to be one character (think Mark Hamill, Danielle Radcliffe). Her biggest upcoming role is in The New Mutants, a superhero film set for a 2020 release.

She is dating Beau Reuben Selby (what a name), who is a communications director. There were rumours of their romance after they were spotted in New York city holding hands.

Miley Cyrus claims she came up with idea for nipple pasties
Goodbye plastic sequins, hello algae – the future of fashion