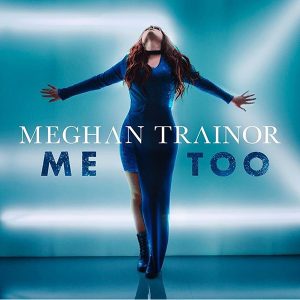 Queen of denial Meghan Trainor goes ahaed with the promotion of her anticipated second studio album “Thank You“, which was released on May 15th via Epic Records.

After the global impact of the lead single “NO”, the 22-year-old hitmaker has confirmed the track “Me Too” as the second official single from the album.

The song was written by Trainor with the collaboration of Eric Frederic, Jacob Kasher, Jason Desrouleaux and Peter Svensson.

It’s a quite interesting new sound fusing Gospel music and EDM beats highly-influenced by a Britney’s track (once again). This time “Trouble For Me“, included on her 2011’s album “Femme Fatale“.

The music video directed by Hannah Lux Davis was premiered through Vevo on May 9th, but was later removed after Meghan realized she’d been skinny-Photoshopped. The video returned to Vevo the next day, without Photoshop.