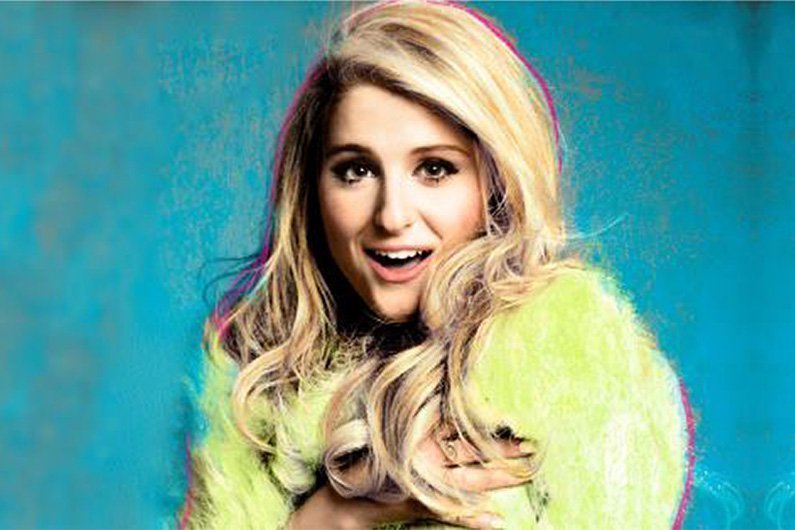 “All About That Bass” hitmaker Meghan Trainor is in full promotion of her highly-anticipated debut studio album “Title“, released on January 13, 2015 via Epic Records.

Although her latest single “Lips Are Movin‘ exploded on radio becoming her second international hit, Trainor is continuously working on new music and, if all this were not enough, she also confirmed “Dear Future Husband” as next official single.

During an interview for Ryan Secreast Foundation at Seacrest Studios on December 19th, Trainor confirmed that she has recorded a new “dance song” with American singer-songwriter Jason Derulo, but she did not know yet when the song becomes available.

During Capital Breakfast radio show, Trainor played a part of new track called “London Lights“, hinted that it is her rumored collaboration with One Direction’s member Harry Styles.

They wanted a song about confidence and knew I was good at writing those I feel better when I’m onstage dancing and having fun, so I wrote about that!

One Direction “More Than This” (Official Single Cover)