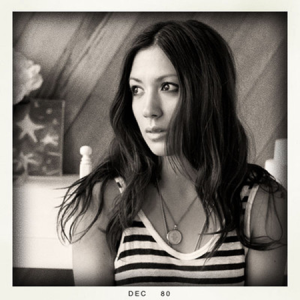 After releasing her latest single “Loud Music” in 2011, we have not heard much news about the American singer-songwriter Michelle Branch and the release of her long-awaited third studio album entitled “West Coast Time“.

Finally, she returns to the music scene with a new song called “Mastermind” is not confirmed as official single from the album but it seems that she reactivates the promotional machinery and possibly we have a new official single before the end of this year. The album is still scheduled for later this year through Reprise Records. The song is moving away from her traditional pop-country sound and reminds me more the beginnings of the Australian pop-rockers The Veronicas.