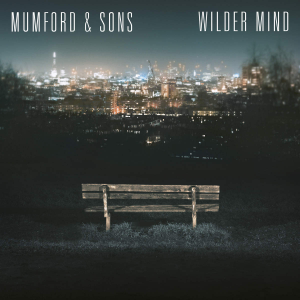 “Wilder Mind” is the third studio album by British folk-rock band Mumford & Sons. It released onto digital retailers on 4 May 2015 via Island Records and Universal Music.

The album was posted for pre-order without notice on iTunes on Monday 2 March 2015. It comes preceded by the lead single “Believe“, released on March 9th.

The band has mostly removed their signature elements including banjo, acoustic strumming, stomping kick drum, and replaced them with U2-sized guitars, synths, spacey mellotrons and even some drum machines. During an interview with Rolling Stone, they said:

We felt that doing the same thing, or the same instrumentation again, just wasn’t for us. We’ve got a broader taste in music than just that. None of us had really any interest in doing a sort of Babel 2. It was always going to be different

The band premiered a music video for the track “Ditmas” through Vevo on July 23rd. It was filmed in Kiev and directed by Alex Southam.

The track itself was inspired by Ditmas Park, a neighbourhood in Brooklyn and the location of Aaron Dessner’s studio where the band wrote and demo’d much of the album.