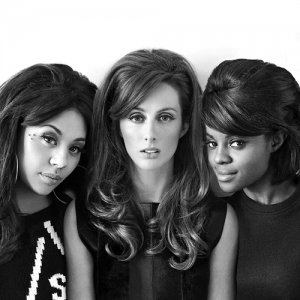 After winning the legal battle against the latest members: Amelle Berrabah, Jade Ewen and Heidi Range. Original Sugababes are ready to bring back Sugababes sound to our lives. As Hilary Duff would say: “Let’s go back… back to the beginning”

They are currently working on their upcoming second studio album with the original line-up, and eigth overall with the brand name Sugababes. The album is scheduled to be released in 2015 via Polydor Records.

Following the promotion of the first buzz single called “Flatline“, the girls had plans to release the rumored second single called “Today“, which was produced by Dev Hynes, but it was eventually cancelled.

After the announcement, a new unreleased track called “Back In the Day” surfaced online. The song contains a sample of Ahmad 1994’s song with the same name, written by Ahmad Lewis, Stefan Gordy and John Klemmer. Mariah Carey also used the same sample on “Candy Bling“, included on her 2009’s album “Memoirs of an Imperfect Angel“.