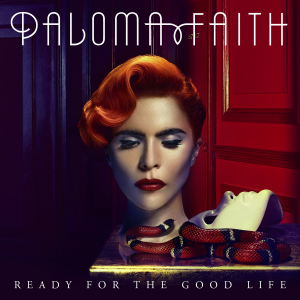 English singer-songwriter Paloma Faith is still on top of success with her latest collaboration on Sigma’s new single “Changing“. For this reason, the singer took the opportunity to announce the upcoming re-issue of her latest studio album.

“A Perfect Contradiction” will be re-released under the name “Outsiders’ Edition” on November 3rd. The ‘repack’ will feature five new songs including the forthcoming single “Ready for the Good Life“, which was produced by Klas Åhlund.

The new single was exclusively premiered on BBC Radio 2 on Thursday October 2nd, and it will be released on iTunes (UK) on November 11th.

“Ready for the Good Life” is like a vintage instant crush. With a very classic Aretha Franklin/Etta James kind of upbeat sound mixed with Amy Winehouse soul, Paloma delivers another musical gem to her huge collection. She never disappoints.