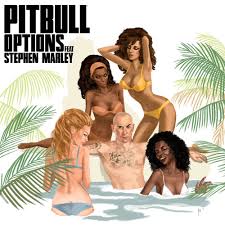 American rapper Pitbull goes ahead with the promotion of his long delayed tenth studio album “Climate Change” which will be finally released on March 17th via Mr. 305 and RCA Records.

The next and sixth overall single from the project is the soong “Options” which includes the guest collaboration of Stephen Marley, son of reggae legend Bob Marley and Rita Marley.

The song was written by Sean Douglas, Stephen Marley, Ian Kirkpatrick, Armando C. Perez, Mitch Allan, Jason Evigan, Sam Martin and Joshua Gallander. It was launched as instant grat along the pre-order of the album on February 17th.