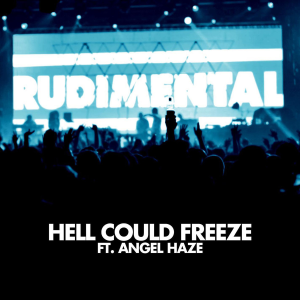 “Hell Could Freeze” is a song by London Drum & Bass quartet Rudimental. The track is the third official single taken from their highly anticipated self-titled debut album “Rudimental” that’s scheduled for release February 25, 2013 via Warner Music. The song was given free to download in mid-December through the band’s website. The track produced by themselves has the collaboration of American newcomer rapper and lyricist Angel Haze. The track was released on iTunes on January 14, 2013. The track is scheduled to impact UK radio later this month.