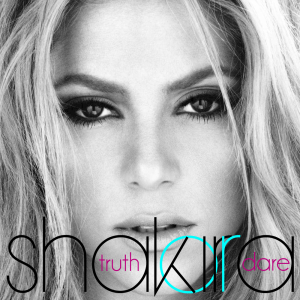 “Truth or Dare” [commonly “I Dare You (On the Dancefloor)”] is a song by Colombian pop singer-songwriter, dancer, record producer, choreographer and model Shakira. The track produced by Fernando Garibay is the first official single from her upcoming eighth album that’s scheduled for release early 2013 through Roc Nation / Sony Music Entertainment. The singer filmed the music video in Lisbon, Portugal on June 29.

On September 18, an alleged cover artwork for the single was leaked online. On September 23, and after the official confirmation of her pregnancy, Shakira and her boyfriend Gerard Piqué have decided to focus solely on preparing for the baby. Thus, no new album or single will be released during this year, contrary to what Roc Nation or Shakira.com had previously announced. The new untitled album is now slated for sometime next year, most likely in conjunction with Shakira’s appearance on The Voice (though no dates have been picked at this point in time).