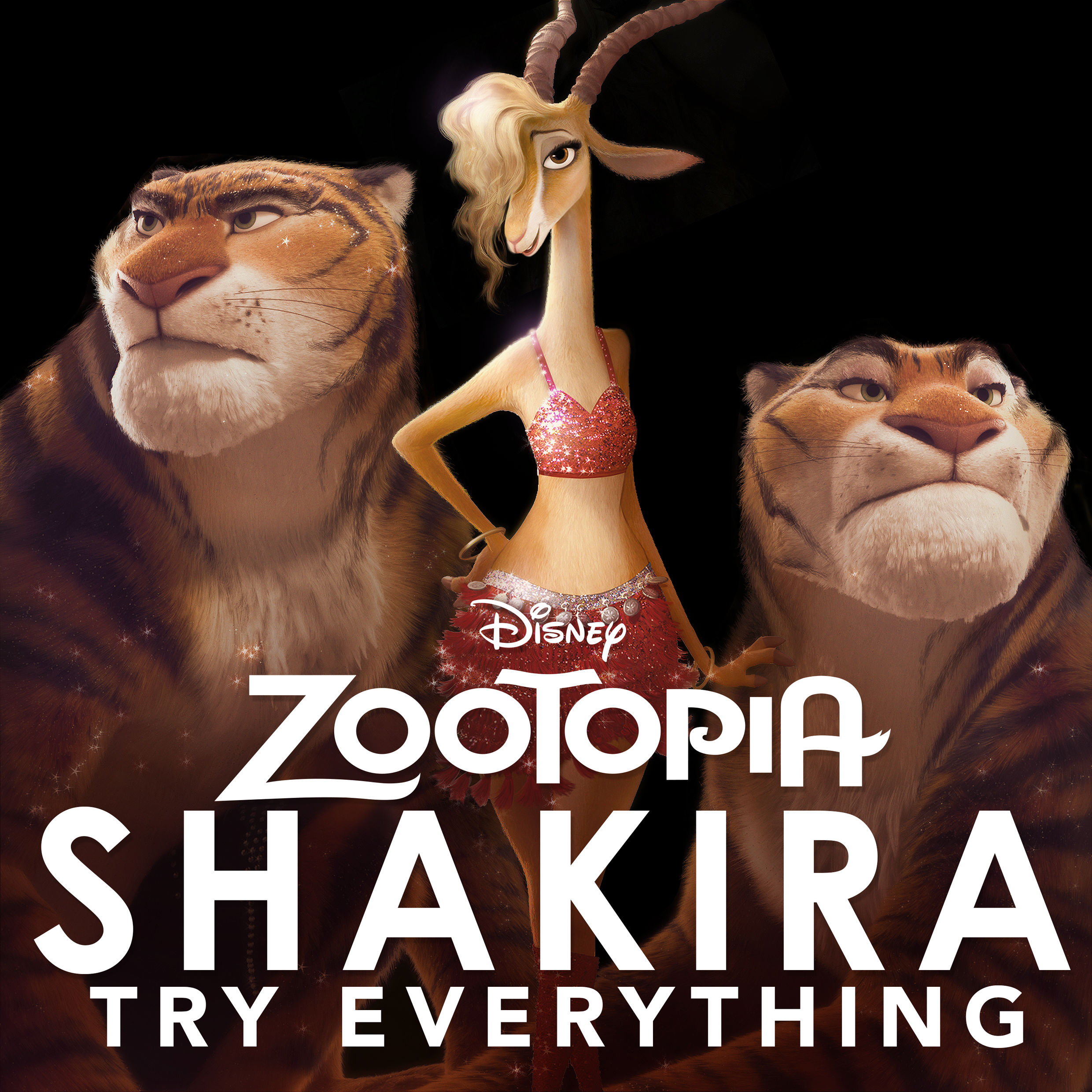 It’s about time. We all know that Colombian pop star Shakira is currently in the studio shaping her next music project which is scheduled to be released in 2016 via RCA Records.

But the fans are eager to hear something new and the latin star doesn’t want to wait much longer. The singer has announced the upcoming release of new single called “Try Everything“.

The song is the main theme of upcoming Walt Disnes Animation Studio’s film Zootopia, which was released in theaters on 4 March 2016.

Shakira also played one of the co-stars of the film called Gazelle. She said:

I am thrilled to announce that I will be playing Gazelle in Walt Disney Animation Studios’s ‪#‎Zootopia‬, and I’ll be singing a brand new song for the movie called “Try Everything”!

The new song was written by Sia Furler with the collaboration of Mikkel Storleer Eriksen and Tor Erik Hermansen. It was be released on digital retailers on January 8th, while the music video directed by Byron Howard, Rich Moore and Jared Bush was finally premiered on March 4th.