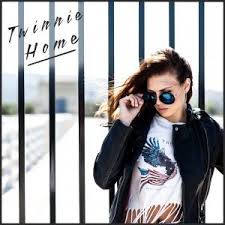 Following her introduction with lovely debut single “Cool”, English singer-songwriter and actress Twinnie Lee Moore, who is best known for her role in Hollyoaks as Porsche McQueen is back with a new single.

“Home” is her second offering and we are excited to make the exclusive premiere on the site. The song is an anthemic pop piece with some influences from alternative rock and folk music. About the song, she said:

The single is a heart wrenching and defiant track about losing love with a swelling chorus and soaring vocal hooks that beautifully narrate the journey of a break-up.

Twinnie is bringing a new edge and is a fresh new face to the country pop music with a huge new track which reminds the sound of Mumford & Sons or even OneRepublic.

“Home” was produced by Jon Green and it will be released on digital retailers on July 1st via TLM Records as another taste of her upcoming debut EP, due out sometime this year.