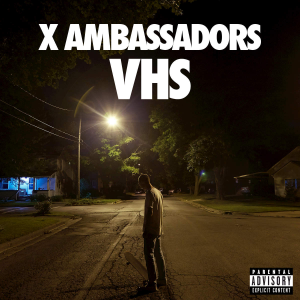 “VHS” is the forthcoming sophomore album from X Ambassadors, an American alternative rock band from New York, formed by Sam Harris, Casey Harris, Noah Feldshuh and Adam Levin. They began their musical career in 2009 and released their debut album “Litost” in 2012.

In 2014, they signed a big deal with KIDinaKORNER and Interscope Records and began to shape their second studio album “VHS“, which was released on June 30 2015.

The second promotional single “Fear“ with the collaboration of Imagine Dragons, was released on June 24th.