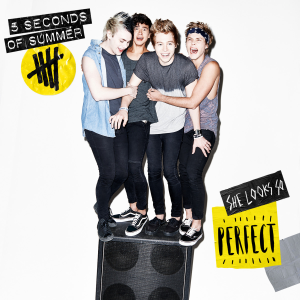 After releasing two EP ‘Unplugged‘ and ‘Somewhere New‘ in 2012, and promoting their debut buzz single ‘Out of My Limit‘, the guys are ready to impact the music world with the highly-anticipated debut single ‘She Looks So Perfect‘, scheduled for release on digital retailers on March 21, 2014 via Capitol Records Ltd.

The single is the first taste of their debut studio album scheduled for release this Summer. The song was premiered alongside the official lyric video on February 7, 2014. The music video was premiered on VEVO on February 24.