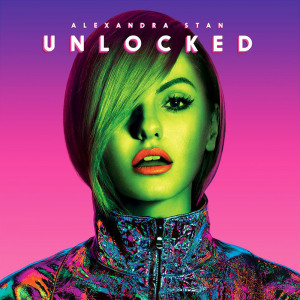 “Unlocked” is the second studio album by Romanian dance singer-songwriter Alexandra Stan. It was released on digital retailers in Japan on August 27, 2014 via Fonogram Studios.

The album comes preceded by the buzz single “Thanks for Leaving“ and the official singles “Cherry Pop“, “Dance” and the latest “Give Me Your Everything“, released on August 20th.

The international version of the album was released on November 25, 2014.