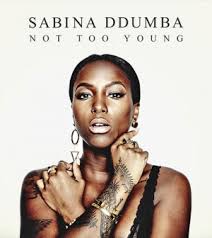 Sabina Ddumba is a Swedish singer and songwriter. She started her musical journey as part of Tensta Gopsel Choir, a choir group from Tensta which she joined at the age of fourteen.

Ddumba also participated in The X Factor sverige in 2012, and is also known as background vocalist for other artists, she sang on Katy Perry’s pop anthem “Walking On Air”.

Last year, she signed a big deal with Warner Brothers, and released two singles so far “Scarred For Life“, and “Effortless“.

Now, it’s time to make a proper introduction post with her brand new single “Not Too Young“. A fantastic piano-driven soul-poptastic anthem from the very first listen with pulsing choirs and quite gospel-flavoured taste.

It’s confirmed as the third taste of her upcoming debut EP, which is expected to be released sometime next year. “Not Too Young” was launched on digital retailers on October 30th.

The music video directed by Christofer Nilsson and Mohave Media was finally premiered on Monday January 11th. A special new version of the single re-named as “Not Too Young Pt. 2” was released on February 5th.

They say I’m young, but I’m not too young!