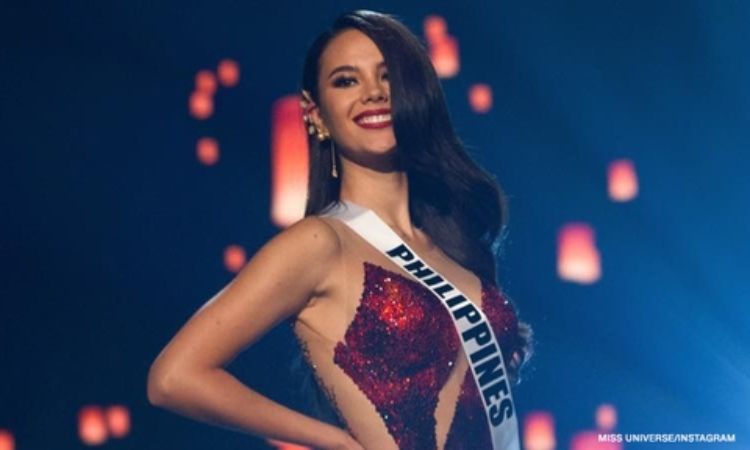 Miss Universe 2018 Catriona Elisa magnayon Grey from the Philippines bid farewell to her fans on her last day as the most beautiful woman in the universe. Photo: Miss Universe | Instagram

Tonight is the eve of the most beautiful day on the universe as the newly crowned Miss Universe will be announced tomorrow. And of course, tonight is also the last night that the crown is staying in the head of Miss Universe 2018 Miss Universe, Catriona Elisa Magnayon Grey.

Philippines bet in the 2018 pageant won the hearts of millions of peoples around the world, the universe rather, after she has shown that she has not only to have beauty and brains, but she also has a heart for children. She always sees things with a silver lining too!

As she bows her way to the next crowned queen of the Universe, Catriona shared a short farewell message to her fans on Instagram. She shared how she was proud to represent her country, the Philippines, and everyone who supported her throughout her Miss Universe journey.

“My last night as reigning @missuniverse and my emotions are all over the place. But underneath the noise, the underlying tone is gratitude. Gratitude for this amazing opportunity…for all of you amazing souls who have endlessly supported me and joined me on this journey,” Gray said on Instagram.

My last night as reigning @missuniverse and my emotions are all over the place. But underneath the noise, the underlying tone is gratitude. 🙏 Gratitude for this amazing opportunity…for all of you amazing souls who have endlessly supported me and joined me on this journey. My message tomorrow night is dedicated to each and every one of you. 🌟 1 day to go…. #MissUniverse

She shared with it a sneak peek on her final Miss Universe photoshoot. “To my beloved Philippines! Isang karangalan po ito. (This has been an honor.) You have endlessly inspired me carried me and given me hope,” Gray said.

The official Miss Universe Instagram account likewise shared a video of Catriona’s last photoshoot as the reigning Miss Universe in a post. The shoot took inspiration from Gray’s reign as a “Miss Universe on a mission,” as the reigning queen used her platform to forward her advocacies such as educating poor children, HIV awareness, gender equality, rights of developmental, and intellectually challenged individuals, and women’s rights.

Get an inside look at what went on behind-the-scenes during @Catriona_Gray’s final photoshoot. 📸 #missuniverse2019

Ever since the preliminary competition of last year’s Miss Universe pageant, the Australia-born, Philippine-raised beauty queen has already grabbed the attention of the world with her dignified class and beauty. However, during the preliminaries, what sealed that deal is her killer walk, known as the “Lava Walk,” with its iconic slow-mo turn.

But of course, a Miss Universe is not only beautiful but is also intelligent. That is when the crown has been cemented on Catriona’s head even before the top 3 has been announced when she slew her initial interview during the grand coronation night held in Thailand last year.

Her eloquence did not stop there tho, as she gave her iconic “silver lining” and “my time in Tondo, Manila” speech that made her actually win the crown against another front-runner, Miss South Africa.

Catriona Grey became the fourth Miss Universe from the Philippines following her predecessors such as Pia Wurtzbach, Gloria Diaz, and Margie Moran.