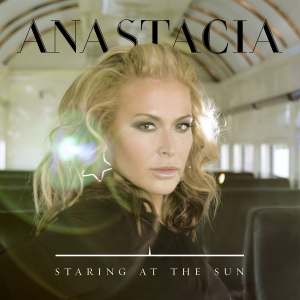 Following the acceptable success of her comeback single “Stupid Little Things“, American singer-songwriter Anastacia continues to promote her sixth studio album “Resurrection“, released on May 2, 2014 via Sanctuary and BMG.

The second official single is the album’s opening track “Staring at the Sun“, a pseudo rock-ballad written by Louis Biancaniello, Marley Munroe and Sam Watters. The track also serves to promote her upcoming European tour which will start in Brussels on 19 October.

In my opinion is a good choice but not the best. Surely she should have chosen the best song on the album “Broken Wings“. That is the only one that has real potential to achieve some success.

“Staring at the Sun” will be released on digital retailers in late-September. The music video was premiered on VEVO on September 18th.