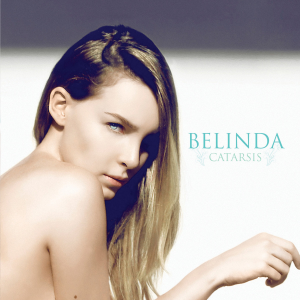 “Catarsis” is the upcoming fourth studio album by Mexican pop singer Belinda. It’s scheduled for release on digital retailers on July 2 via Capitol Latin. The album comes preceded by the lead single “En el amor hay que perdonar” released in 2012 and the second single “En la obscuridad” released early this year. On June 11, the singer released the ballad versión of the track “Bailaría sobre el fuego” as a iTunes countdown single before the release of the album.