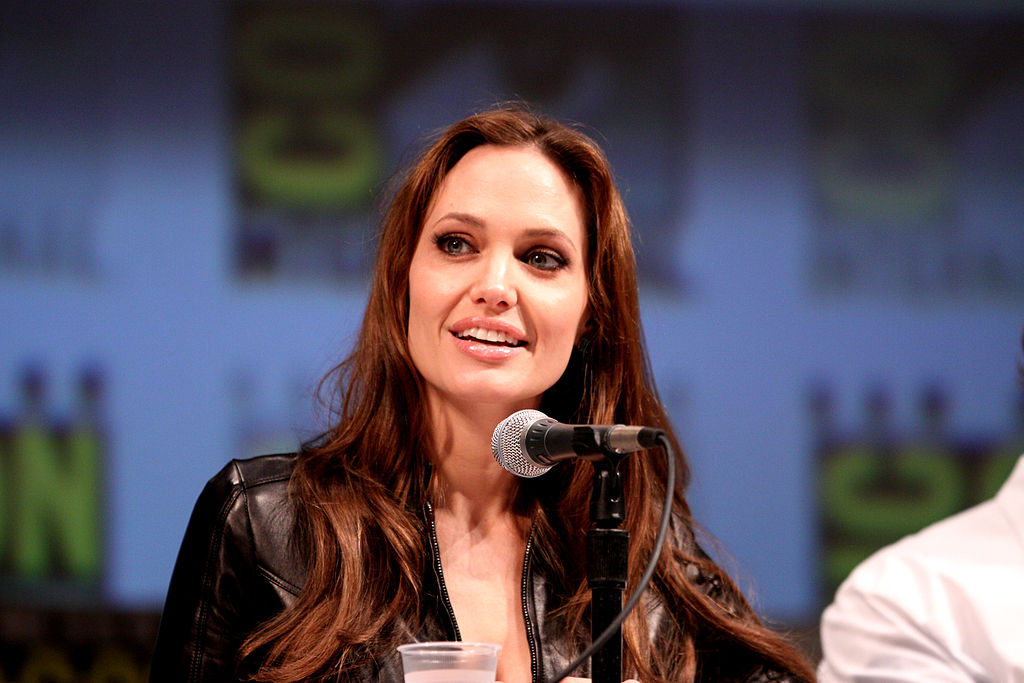 Angelina Jolie, who is currently promoting her new Maleficent sequel, recently did a magazine shoot for Harper’s Bazar in which she chose to attack her ex-husband Brad Pitt for not allowing her to move overseas with her children.

In the interview, Angelina Jolie was asked if she ever considered relocating overseas. She said she would love to live overseas but cannot take her children with her because the law requires that they remain in the country their father also chooses to live, which is currently the United States. When Jolie’s children are 18, they would be free to live with her anywhere they please.

Jolie then went on to explain how she had a hard time in high school because of her alternative punk style and that she has lots of scars, both emotional and physical, from her life. She then proceeded to take another jab at her ex-husband in the magazine interview, saying that her children helped her through the pain of the divorce.

The widely publicised divorce of Angelina Jolie and Brad Pitt has been ongoing since 2016 when they shocked the world with their plans to split. Before that, they were affectionately referred to as ‘Brangelina’ a blending of both their names as they were touted as the latest Hollywood power couple that everyone loved to watch succeed.

It now seems that the divorce is finally reaching the end stages and that closure is on the horizon for Angelina. This is despite the brief period in 2017 when it was speculated that the couple would get back together after going through ‘spiritual counselling’.

It is now revealed that the terms of the divorce have been more or less agreed upon and the final paperwork is weeks away from being submitted.