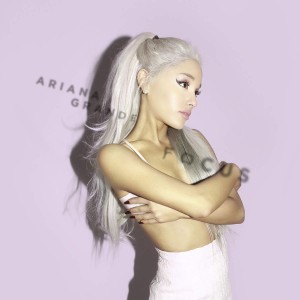 Big news Arianators! Our favorite mini-diva Ariana Grande has started the promotion of her awaited third studio album due out later this year via Republic Records.

During iHeartMedia Summit, the label confirmed that her new single is called “Focus” and it will be released in October. The report said:

Then there was a video of Ariana Grande with Republic Pres./CEO Monte Lipman and Walk showing her new single “Focus On Me” where she ran through the Republic offices — involving the whole staff in the video.

This new single arrives following the promotion of “One Last Time“, latest official release taken from Grande’s second studio album “My Everything“, released in 2014.

“Focus” was written by Ariana Grande, Ilya Salmanzadeh, Savan Kotecha and Peter Svensson. It was released on digital retailers on October 30th.

One thing is clear, Ariana and her team don’t risk. They thought if something works, better leave it alone. The song is practically a carbon copy of her global hit “Problem” with a same whispering male voice style on the pre-chorus. This time, it seems to say “Fuck Us On Me” (perhaps on purpose). Ariana confirmed that the male voice is Jamie Foxx.

The music video, exactly the same, a copy from “Problem” again, but changing costumes and choreography but adding some trumpets. But the essence is almost the same. Is it a problem? Not at all. The song is cool, very catchy and radio friendly, no risk but obviously very effective.

Are you ready for it? She’s BACK and this time, it’s all about trumpets