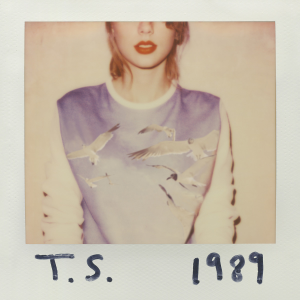 “1989” is the upcoming fifth studio album by American singer-songwriter Taylor Swift. It’s confirmed as her first ever POP album and it’s scheduled to be released on digital retailers on October 27, 2014 via Big Machine Records.

It comes preceded by the lead single “Shake It Off“, premiered during the worldwide Live Stream on Yahoo! on August 18th.

The second promotional single is confirmed “Out of the Woods“ and it’s planned to be released alongside the pre-order of the album on iTunes on Monday October 13th.

The third promotional single is the album’s opening track “Welcome to New York“, produced by Ryan Tedder. It will be released alongside the pre-order of the album on iTunes on October 21th.