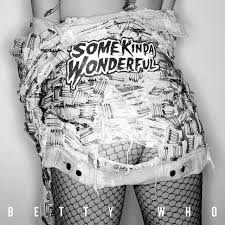 Australian singer-songwriter Betty Who continues with the promotion of her upcoming second studio album “The Valley“, which is scheduled to be released on digital retailers and streaming services on March 24th via RCA Records and Sony Music Entertainment as follow-up to 2014’s debut “Take Me When You Go“.

After the promotion of the proper lead single “Human Touch”, released back November. The second single is the song “Some Kinda Wonderful” which was launched on February 3rd.