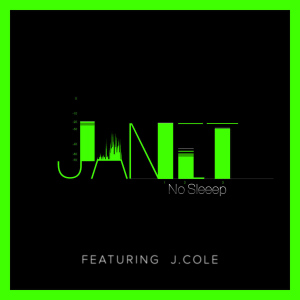 It’s time! Janet Jackson is ready to slay all your faves with her highly-anticipated comeback single called “No Sleeep“.

The song written by Jackson with the collaboration of Jimmy Jam and Terry Lewis, is confirmed as the first taste of her eleventh studio album, rumored to be called “Conversations In a Cafe” due out in late September via her own label Rhythm Nation Records.

The single was released on digital retailers on June 23rd, and marks the return of Michael Jackson’s sister seven years after her latest LP “Discipline“.

A special remix with J. Cole was premiered on July 22nd. According to Billboard, the two recorded the remix in an L.A. studio two weeks ago. The remix is set to appear on Janet’s first album in seven years. Jackson’s solo version, which will not appear on the LP.

In addition, Jackson has been filming the music video for the new single with director Dave Myers.