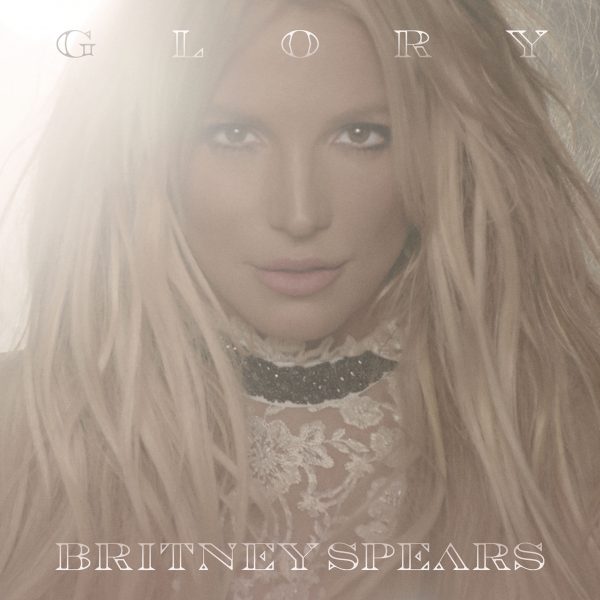 “Glory” is the highly-anticipated ninth studio album by the legendary pop princess Britney Spears. It was released on August 26th via RCA Records and Sony Music.

Back in 2014, during the presentation of her “Intimate Britney Spears” lingerie collection in New York, the “Woody Woodpecker” impersonator confirmed that she started working on some new music and of course, fans were more excited than ever.

Spears said during ExtraTV interview that she worked “very slowly, but progressively“, and her new album have a different sound from what she has done so far, more “rock-pop“.

In early summer 2014 was rumored/speculated the release of a new song called “All the Way“, but eventually didn’t materialize.

According BreatheHeavy, three new songs were registered by Britney’s team, including a cover of Ask Embla’s classic “Father’s Eyes“, on February 15, 2015.

The other two are: “Forgiven” and “Just Let Me Go“, which is most probably the working title of the “La Isla Bonita” sampling demo we all know as “Love to Love U“.

The lead (now turned into a buzz) single from the album “Pretty Girls“ featuring Iggy Azalea, was released officially on May 5, 2015.

During the Wireless Festival in London, the hitmaker DJ Mustard revealed that he worked in studio with Spears. Diplo also confirmed on Twitter he also worked with her. During some Periscope, hitmaker Danja confirmed that he worked again on something for Britney. On October 9th, Britney shared a pics from the studio with producers Burns and Mischkle. She shared another pic working in the studio with Justin Tranter and Julie Michaels, responsible of Selena Gomez’s “Good for You”, Hailee Steinfeld’s “Love Myself” and Justin Bieber’s “Sorry”.

South African born Top 40 producer and songwriter affiliated to JR Rotem (Beluga Heights) and Universal Music Group Esjay Jones have confirmed that they worked in some music with Britney.

During an interview with V Magazine, Britney has confirmed the new album is coming this Spring and the new single any day now. The magazine said “she’s in great shape, and about to hit us with new music any day now”

According Irish Mirror, Carla Marie Williams, who has written songs for Girls Aloud, The Saturdays, and most recently Naughty Boy’s number 1 hit “Runnin’ (Lose It All)“, confirmed some studio work with Britney.

The lead single from this new era is called “Make Me (Oooh)” and it will be released later in the summer. During a recent interview with E! News on the set of the music video, Britney confirmed that her new album is “very chill”. She said:

It’s very exciting, I’ve been working on this project for a year and a half now, almost two years so it really means a lot to me. It’s my baby. It’s a little melodic, a little more not so poppy. It’s kind of chill… very chill

A new track called “Private Show” was included on the album and it’s also the main theme of her new perfume with the same name. It became a promotional single and launched as instant grat along the pre-order of the album on August 4st. About the song, she said:

Private Show is inevitably a sexy song and it promotes feeling sexy and girls feeling alive and I think that’s fun for girlss. I think the scent definitely has a combination of all those things

“Clumsy” was released as instant grat along the pre-order of the album on August 11th. “Do You Wanna Come Over?” was launched as next promo single on August 18th.