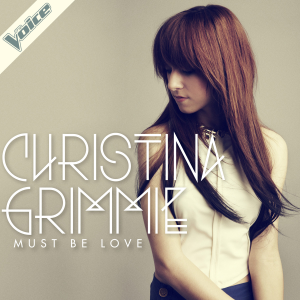 Christina Grimmie became famous as Youtuber and she’s an American pianist and singer/songwriter known for her covers of hit songs by artists.

This year, Grimmie participated in Season 6 of NBC’s singing competition, “The Voice” and finished in third place. Adam Levine, her coach on the show, announced in the finale that regardless of the results, he was signing Grimmie to his label, 222 Records. Justin Bieber and Lil Wayne also supported Grimmie on the show and Lil Wayne offered to sign Grimmie on his label, Young Money Entertainment.

Finally she has managed to sign record deal with Island Records. She’s currently working on her second studio album and major debut scheduled to be released later this year via Island Records. The first single, called “Must Be Love“, was released on digital retailers on July 31st. She confirmed the news during a Livestream chat in YouNow on July 15th.

Remember, she released her debut album entitled “With Love” last year via Creative Artists Agency. About the new project she said:

I’ve actually got an album coming out, hopefully, by somewhere around the end of this year, and I also have a single coming out within the month. It’s very fun, and it’s very – I wanted it to be very me

“Must Be Love” was written by Ana Diaz and Elof Loelv, it’s a great piece of country-pop music, catchy, fresh and really addictive from the first listen. Slayed.