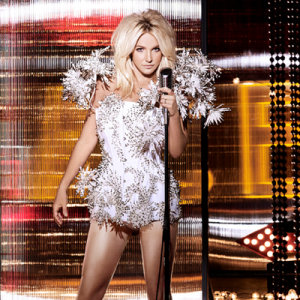 The legendary Britney Spears and her team are ready to start promoting the third official single from her personal album ‘Britney Jean‘, released on November 29, 2013 via RCA. But… What will be the one? It’s confirmed that the third single is ‘It Should Be Easy‘.

The track was officially added to American KIIS-FM on January 13, according Mediabase and was officially uploaded on her VEVO channel on January 24, 2014. The track has the guest vocals of American producer and rapper will.i.am. The electronic pop song was produced by David Guetta, Giorgio Tuinfort, Nicky Romero, Nick Rotteveel, Marcus van Wattum, will.i.am and Anthony Preston. ‘It Should be Easy’ will impact American radios in mid-February.

For international markets will be other promotional singles, although they will be categorized only as ‘Radio singles’. “Til It’s Gone“, co-written by Britney in collaboration of Jenson Vaughan, Rosette Sharma, Anthony Preston, Giorgio Tuinfort, David Guetta and William Adams is the track chosen as third non-official single for several European radio including French radio NRJ. “Alien“, co-written by Britney in collaboration with William Orbit, Dan Traynor, Ana Diaz and Anthony Preston is the track chosen by Australian radios like Night show “The Bump“, and will serve as the third non-official single in that country.

‘It Should Be Easy‘ attempt to boost flagging sales after failure of her latest single “Perfume“, released on November 4, 2013. Can it get it? Time will tell.