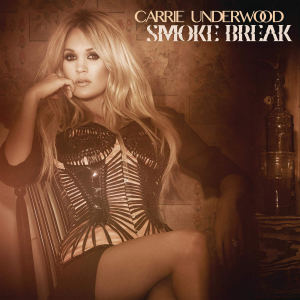 It’s time. American country music singer-songwriter Carrie Underwood has already found what she was looking in the water and is back to the business with brand new single called “Smoke Break“.

The song is confirmed as the first taste of her forthcoming fifth studio album “Storyteller“, which was released on digital retailers on October 23rd via Arista Nashville.

“Smoke Break” was written by Underwood with the collaboration of Hillary Lindsey and Chris DeStefano, and produced by Jay Joyce.

The music video directed by Randee St. Nicholas was premiered exclusively on Entertainment Tonight through Vevo on Monday August 24th. At the beginning of it, we can enjoy a first preview of another album’s track and future single called “Renegade Runaway“.

Get ready, Carrie is BACK!