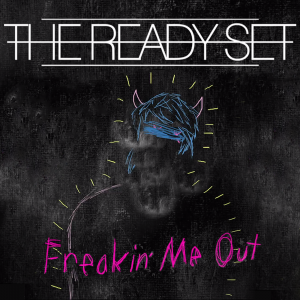 American alterantive-pop singer-songwriter The Ready Set continues to promote his third studio album “The Bad & The Better“, released on digital retailers on May 27, 2014 via Razor & Tie.

Following the promotion of “Higher“, the singer confirmed the song “Freakin’ Me Out” as next official and third overall single taken from the album.

The music video was premiered on Vevo on Wednesday October 15th.