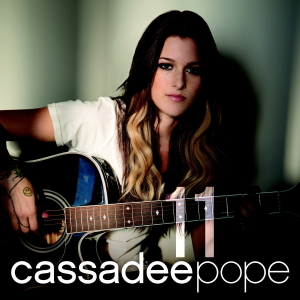 “11” is a song recorded by American singer-songwriter and The Voice winner Cassadee Pope. The track written by herself in collaboration of Nathan Chapman is confirmed as the next promotional single taken from her upcoming debut studio album “Frame by Frame” that’s scheduled for release on digital retailers on 8 October, 2013 via Republic Nashville.

The single was released as a iTunes countdown single on 27 August alongside the pre-order of the album in the US market. Remember that the second official single entitled “You Hear a Song” was released on 13 August. A promotional video for this new track was premiered on her Youtube channel on 28 August.