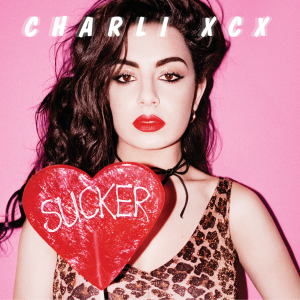 “SUCKER” is the second major studio album by British singer-songwriter Charli XCX. It was released on digital retailers on December 16, 2014 (USA) and February 16, 2015 (Europe, UK) via Atlantic, Asylum, and Neon Gold Records.

It comes preceded by the lead single “SuperLove“ and the theme song for “The Fault In Our Stars” motion picture called “Boom Clap“. The third official single taken from the album is the song “Break the Rules“, premiered on August 18th.

During a radio interview with GI:EL on September 2nd, Charli confirmed that buzz track “SuperLove” will not finally included in the album.

“Gold Coins” was released as next countdown single on iTunes on Monday November 17th. “Breaking Up” was released exclusively on Amazon on Friday November 21st. The music video directed by BRTHR was premiered on Tuesday December 2nd.

The Target bonus “Money (That’s What I Want)“, a cover of Barrett Strong’s 1959 classic, was exclusively premiered on Vogue.com on Friday December 12th.